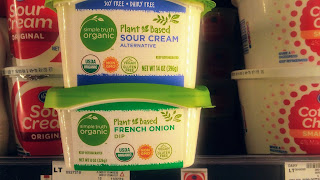 Spotted yesterday at Smith's! Vegan sour cream and French onion dip!!!They also have Simple Truth vegan cream cheese, but I forgot to take a picture. Both the dip and the sour cream are under three dollars, so definitely a bit cheaper than other brands. 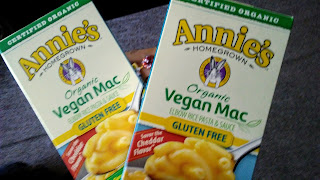 Every time I try a boxed mac and cheese I'm disappointed. The daiya is just way to daiya for me to handle, and the last few I've tried have been super healthy tasting, and not in a good way. Several people have suggested Annie's. Sprouts is the only store I've seen the gluten free version, and they just happened to have the Annie's mac on a BOGO sale!! I hope I like it! 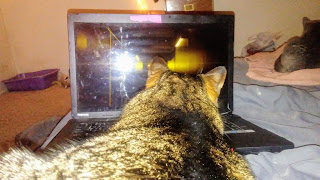 The other night I was watching Netflix in bed and Joan was watching right along with me!!! She was very much paying attention, and it wasn't even a birds for cats video! 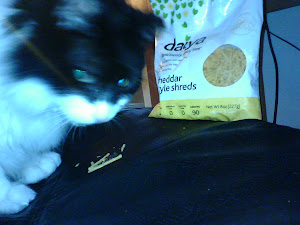